Does a leader’s behaviour really impact on employees' productivity? In short, yes. Research into leadership shows employees' perceptions of their team leaders has an enormous impact on the team's creativity and productivity.

In a study, carried out over an 18-week period by Harvard Business School, 238 employees from seven successful companies were asked to recount one event each day that stood out in their minds. By analysing nearly 12,000 diary entries, the results found that the most frequent event recorded was employees' interactions with their team leaders. 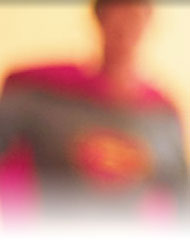 Alternatively, employees had a negative perception of their team leaders when they showed three ineffective behaviours:

Interestingly, the results showed that negative behaviours were reported more frequently than positive behaviours. The researchers believed this was because negative leadership evokes stronger emotional reactions than the way that positive leadership affects positive reactions. Also, the negative emotions were more specifically described than the positive ones (eg. anger and frustration compared with feeling happy).