Resilience is like a rubber band that when stretched bounces back to its original shape. If you are resilient, you handle problems better – while others are frozen by stress, you are able to take control. You are proactive and future focussed, because negativity doesn’t overwhelm you.

Optimists are happier, healthier, and live longer. At work, their job satisfaction is higher, their colleagues like them, they are more creative, they handle change better and they make better leaders. That, in a nutshell, is the case for optimism. 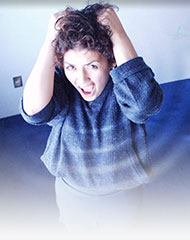 Yet, pessimism in the workplace is rife. Job satisfaction is low – about half of Australian employees are unhappy or very unhappy with their job. And when asked if there was anything they hated about their job, six out of ten people said “the quality of management”.

Low job satisfaction and disdain for the boss causes a negative workplace culture. But not only is coming to work a drain, the business is suffering serious economic loss.

Pessimists are in a constant state of helplessness. They tend to think of themselves as victims, unable to control the situations around them. They blame themselves for problems. They see negative events as permanent and insoluble.

But it’s in the optimistic moments that brilliance shines through. Optimists don’t internalise negative events, but they often take credit for positive ones. They are confident and live with hope – so they are more ready to take risks and cope with failure.

Optimists see themselves as being able to influence their environment. So, they are resilient – able to accept change. In fact, they are often pioneers of change. Creativity and innovation stem from optimism.

The ‘can do’ attitude that comes from optimism is often self-fulfilling. Very little progress would be made if everyone sat around fuelled by negative thoughts, like “I’m hopeless” or “I will never be able to do this”.

As Thomas Edison once said: “I have not failed. I’ve just found 10,000 ways that don’t work.” It’s that attitude that led him to patent over 1,000 inventions, including the light bulb, the phonograph and the "kinetoscope", a small box for viewing moving films.