Research shows that high-performing teams have a few things in common: team members who cooperate, communicate, trust each other, and have a strong sense of group identity. In other words, they are teams with a high level of emotional intelligence (EQ).

Teams are made up of individuals and, like any social group, there will be differences in personalities. The key to high performance is for these personalities to work together cohesively to deliver results in an environment built on trust, where team members engage in productive conflict, commit to decisions and hold each other to account.

Not finance. Not strategy. Not technology.
It is teamwork that remains the ultimate competitive advantage, both because it is so powerful and so rare ?

PATRICK LENCIONI, THE FIVE DYSFUNCTIONS OF A TEAM: A LEADERSHIP FABLE

The emotional intelligence (EQ) of a team can be improved with development programs, feedback and coaching.

We’ve helped many businesses build the EQ of their teams.

We use the latest research into organisational psychology and neuroscience to develop tailored training programs to improve the EQ of teams. Based on self-assessment, before and after our training, participants rated their emotional intelligence to have improved by between 33 and 55 percent.

Based on what your team is trying to achieve, we will use a research-based approach to achieve your objectives.

The Five Behaviors of a Cohesive Teams™ Program

Based on the bestselling book by Patrick Lencioni and powered by Everything DiSC® to bring together everyone’s behavioural traits, the Five Behaviors program guides teams through the hard work, and huge payoff, of forming a cohesive, productive team.

The program helps teams understand how, as a team, they score on the key components of The Five Behaviors model: trust, conflict, commitment, accountability and results. Each individual on the team will also understand their own DiSC® style:

D: Dominance, i: Influence, S: Steadiness, and C: Conscientiousness, and how their style contributes to the team’s overall success.

As Lencioni states "The single most untapped competitive advantage is teamwork." 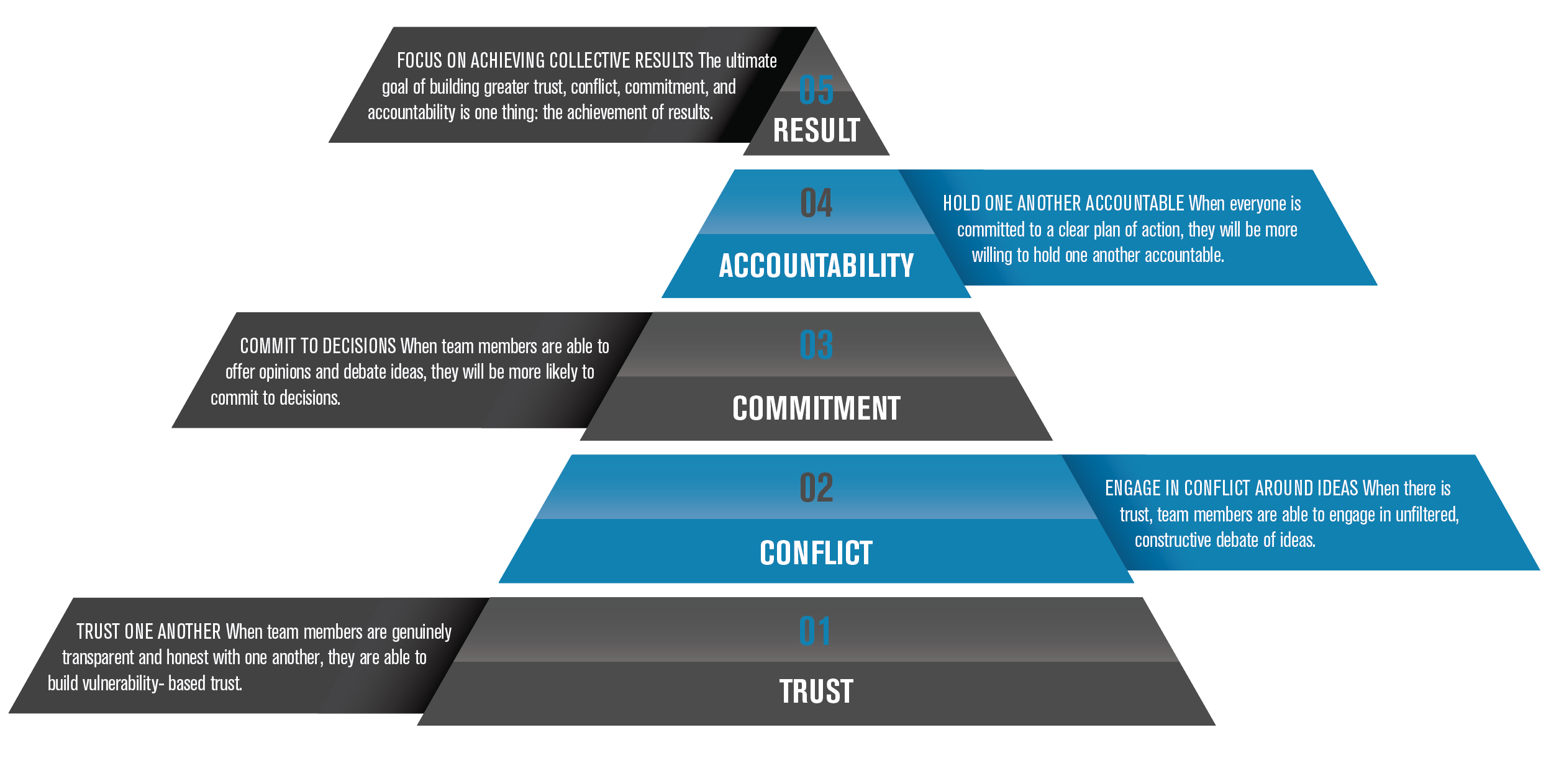 "Michael packs his Leadership courses with engaging ideas and tips & tricks to help leaders develop and realise their own potential. He works hard to strike the right balance in team activities and his content was peppered with insightful fun video clips which aided the demonstration of key points and insights."

"I knew our audience expected a lot. Michael met their expectations, then exceeded them. He spoke on emotional intelligence, and our audience lapped it up. They loved it. Michael made the presentation very interactive and entertaining. People laughed a lot, yet were highly engaged. He clearly practices what he preaches - he’s a very friendly, authentic human being, and a pleasure to work with. I unreservedly recommend Michael as a speaker and trainer on emotional intelligence."

"AttitudeWorks' facilitation style, wealth of knowledge and ability to get a group contributing and problem solving within a leadership course was second to none. They constantly challenged my thinking during the course and I felt the impact on my leadership style, and awareness post the course, was instantaneous.

Michael has a genuine interest in the success of those involved which speaks to how invested he is in the development of others...I would recommend any business serious about developing their leaders to look no further than Michael and the team at AttitudeWorks."

"I cannot recommend Michael highly enough. His Leadership Development course is the best Leadership Course I have attended. Michael is an excellent course leader and extremely knowledgeable. The DiSC profile is certainly key to becoming a good leader, and Michael's delivery of these concepts is second to none."

"Michael Rooke has that WOW factor that so many facilitators lack. We consider ourselves to be very lucky to have secured his services and I can assure you that other companies would feel the same way. I would bump him up to the top of the facilitator list if I were you because if one facilitator can secure your repeat business, it is Michael Rooke."

"We selected AttitudeWorks, and in particular Michael, to deliver leadership training to our 50 plus people leaders in the organisations. I was highly impressed with the four day, plus follow up day, leadership course Michael delivered and in fact rated it the best leadership course I have attended in my 25 year career. His delivery was superb and he achieved an excellent balance between teaching, group discussion, case study and group break out work. All my direct reports also noted the quality of the course and everyone had some great takeaways that they are putting into practice. I have no hesitation in recommending Michael to other organisations looking for high quality leadership training."