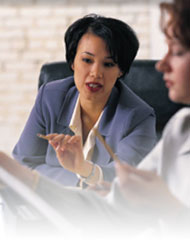 Watch your words when giving feedback

This week I read some interesting research from the British Psychological Society's Research Digest about how expectations can affect students’ exam performance. The findings have implications for anyone who manages others in the workplace.

The researchers built on previous studies that show students who see intelligence and ability as fixed will tend to give up when confronted with a difficult problem, while those who think you can grow intelligence will persevere.This new study looked at how teachers’ beliefs about their students’ abilities affect their students’ performance.

Forty-one undergraduate students were asked whether they believe maths ability can be changed. The students were then asked to imagine they were a maths teacher responding to a student’s poor result in an exam. Perhaps it’s no surprise that those who believed maths ability is fixed were more likely to assume their students poor performance was due to a lack of maths ability.

In another study, the researchers found students who believed maths ability was fixed were more likely to say they would comfort poor performing students, including explaining that not everyone is good at maths and setting the student less maths homework.

The researchers concluded that receiving comfort that presumes a lack of ability rather than comfort that helps them improve may be even more disturbing than the poor result itself.

So next time an employee performs below expectations, avoid statements that imply a lack of natural ability. You may be setting the bar too low. Instead, be constructive and look at the reasons they performed poorly on that particular task and how they can improve. Check out our past post on how to give feedback.

You can read the study here if you’re interested.