Coaching is the key to success

We've all heard the story. Your boss comes back from a training workshop all fired up with new ideas and promises about the future. But a few weeks later and nothing's changed. The best way to ensure long-term behavioural change is with followup coaching. Ongoing guidance, whether with a professional coach or a colleague, provides standout improvements in leadership. Training improves leadership, but the change is greatest when followed up with coaching. This outcome was clear in a Harvard Business Review study done a few years ago. 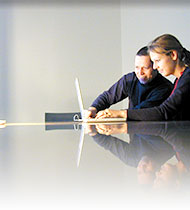 The research involved thousands of managers and high-potential leaders across various industries. Each group received different development programs, including traditional classroom training, personal coaching (from an internal or external mentor) and a combination of both.

On-going guidance, whether with a professional coach or a colleague, provided the standout improvements in leadership. Training improved leadership, but the correlation between perceived change and follow-up increased with the intensity of the follow-up.

People who engaged in consistent or periodic follow-up were judged by their co-workers and stakeholders as far more effective than leaders who did not. But, what is follow-up? The researchers define it as “efforts that leaders make to solicit continuing and updated ideas for improvement from their co-workers.”

Leaders who had frequent interaction with their colleagues were regarded as having improved their effectiveness significantly more than those who had little or no interaction. The lesson is this: interaction and feedback is crucial to create long-lasting change.

Another major finding was that it didn’t matter whether the interaction came from a coach within the company or externally. Both yielded positive long-term change. But, the researchers point out the importance of a coach having time, credibility and confidentiality, which is often difficult to source from within an organisation.